In the context of a regular expression (RegEx), a character class is a set of characters enclosed within square brackets that allows you to match one character in the set.

A hyphen (-) inside a character class specifies a range of characters where the left and right operands are the respective lower and upper bounds of the range. For example: 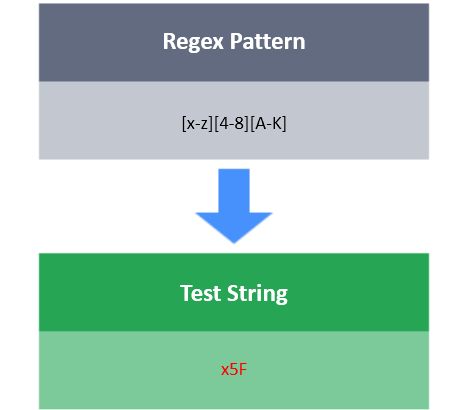 Write a RegEx that will match a string satisfying the following conditions:

In the editor below, replace the blank (_________) with a RegEx pattern satisfying the criteria above. This is a RegEx-only challenge, so you are not required to write any additional code.