Two people are playing game of Misère Nim. The basic rules for this game are as follows:

Given the value of and the number of stones in each pile, determine whether the person who wins the game is the first or second person to move. If the first player to move wins, print First on a new line; otherwise, print Second. Assume both players move optimally.

In this case, player 1 picks a pile, player 2 picks a pile and player 1 has to choose the last pile. Player 2 wins so return Second.

Complete the misereNim function in the editor below.

misereNim has the following parameters:

The first line contains an integer, , the number of test cases.
Each test case is described over two lines:

In the second testcase, the series of moves can be depicted as: 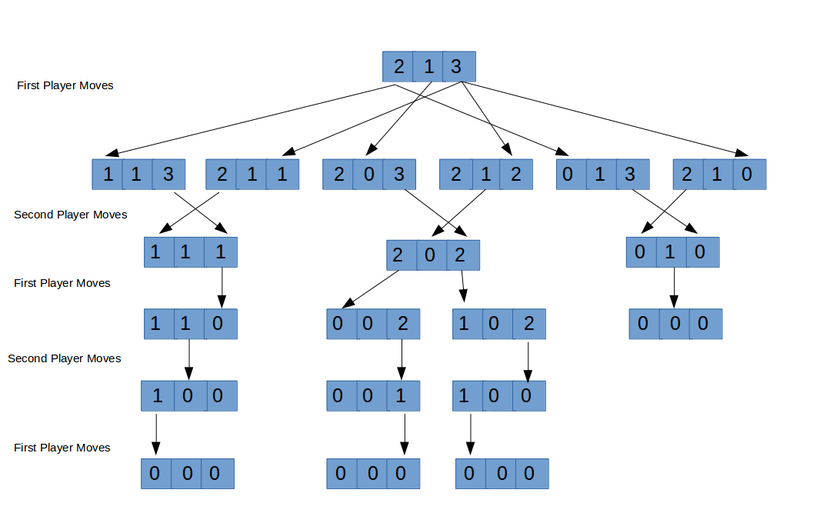 In every possible move of first player we see that the last stone is picked by him, so second player wins.