Two players are playing a game on a chessboard. The rules of the game are as follows:

The figure below shows all four possible moves using an board for illustration: 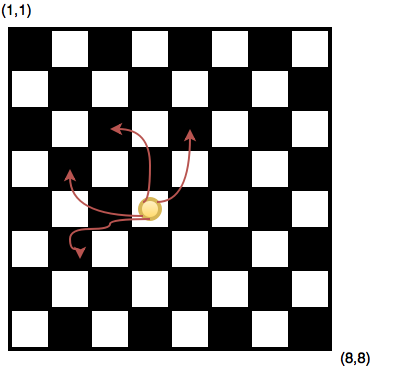 Given the initial coordinates of the players' coins, assuming optimal play, determine which player will win the game.

Complete the chessboardGame function in the editor below. It should return a string, either First or Second.

chessboardGame has the following parameter(s):

The first line contains an integer , the number of test cases.
Each of the next lines contains space-separated integers and .

On a new line for each test case, print if the first player is the winner. Otherwise, print .

In the first case, player1 starts at the red square and can move to any of the blue squares. Regardless of which one is chosen, the player 2 can move to one of the green squares to win the game. 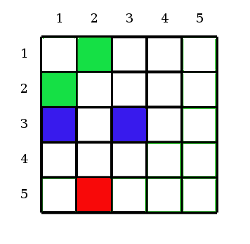 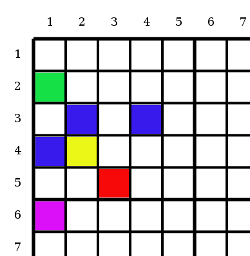