In this challenge, you must implement part of a raster graphics editor that takes the coordinates of a circle and a square as input and draws them as filled-in shapes on a rectangular canvas.

The rectangular canvas consists of uniformly sized square pixels, and is pixels wide, and pixels high. Each point on the canvas belongs to a pixel, the intersection of two pixels has zero area, and each pixel is completely contained within the canvas.

The Cartesian coordinate system set up in the following way:

Thus, all pixel centers have integer coordinates and if the center of a pixel has coordinates , then point belongs to the pixel if and only if and . The two shapes should be drawn like so: 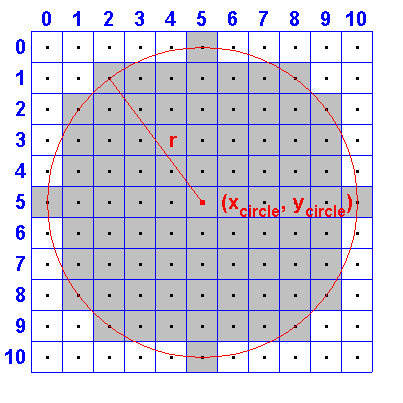 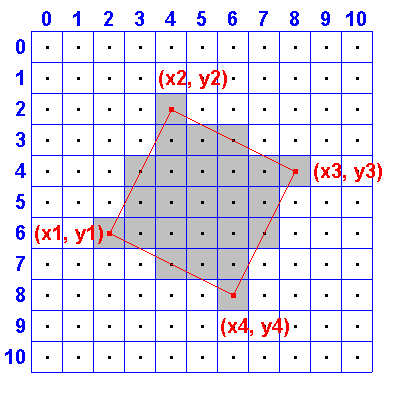 Given , , and the definition of the circle and the square, print a raster image of the canvas where each character is either a . (denoting a white pixel outside of both shapes) or a # (denoting a black pixel that's part of a shape).

Note: The first pixel of the first line of output should correspond to the top-left corner of the canvas.

Print lines where each line contains characters. Each character must be either a . (to denote a white pixel) or a # (to denote a black pixel). The first pixel of the first line of output corresponds to the top-left corner of the canvas. 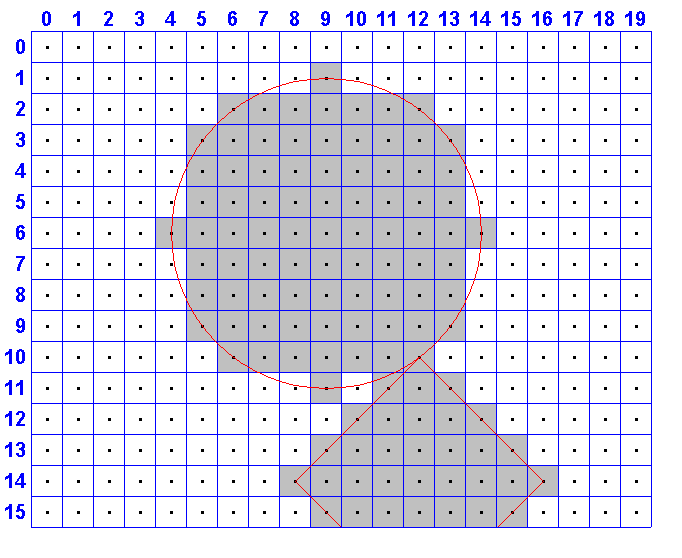 The canvas has rows and columns. The circle has radius and is centered at point . The square has opposite corners located at points and and, as you can see, is rotated at an angle with its third corner at point (note that its fourth corner is outside the canvas boundary). In addition, the circle and the square overlap at point .