Two players are playing a game on a chessboard. The rules of the game are as follows:

The figure below shows all four possible moves: 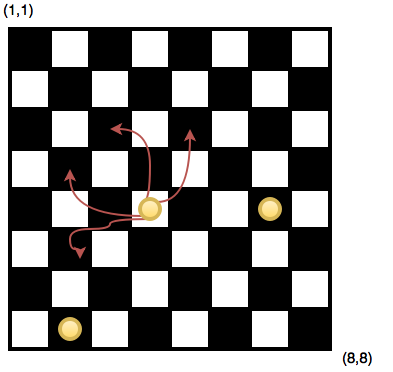 Note: While the figure shows a board, this game is played on a board.

Given the value of and the initial coordinate(s) of coins, determine which player will win the game. Assume both players always move optimally.

The first line contains an integer, , denoting the number of test cases.
Each test case is defined as follows over the subsequent lines:

On a new line for each test case, print if the first player is the winner; otherwise, print .