The Tower of Hanoi is a famous game consisting of rods and a number of discs of incrementally different diameters. The puzzle starts with the discs neatly stacked on one rod, ordered by ascending size with the smallest disc at the top. The game's objective is to move the entire stack to another rod, obeying the following rules:

Gena has a modified version of the Tower of Hanoi. This game of Hanoi has rods and disks ordered by ascending size. Gena has already made a few moves following the rules above. Given the state of Gena's Hanoi, determine the minimum number of moves needed to restore the tower to its original state with all disks on rod .

In this case, the disks are arranged from large to small across the four rods. The largest disk, disk , is already on rod , so move disks and to rod , in that order. It takes moves to reset the game.

Complete the hanoi function below.

hanoi has the following parameters:

The first line contains a single integer, , the number of disks.
The second line contains space-separated integers, where the integer is the index of the rod where the disk with diameter is located.

moves are enough to build the tower. Here is one possible solution: 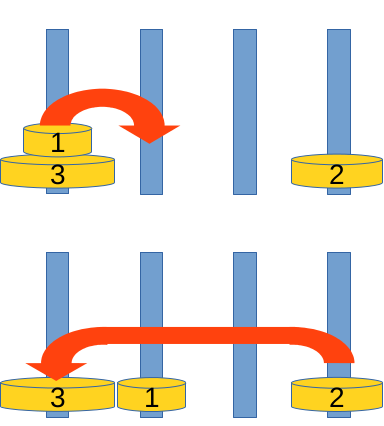 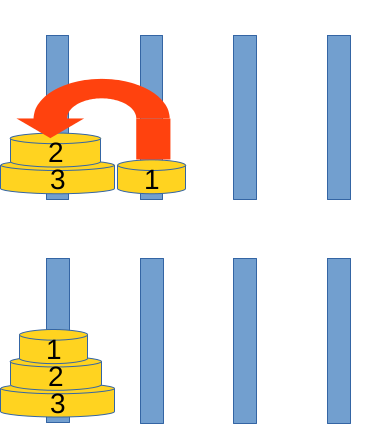