Kevin and Stuart want to play the 'The Minion Game'.

Scoring
A player gets +1 point for each occurrence of the substring in the string .

For better understanding, see the image below: 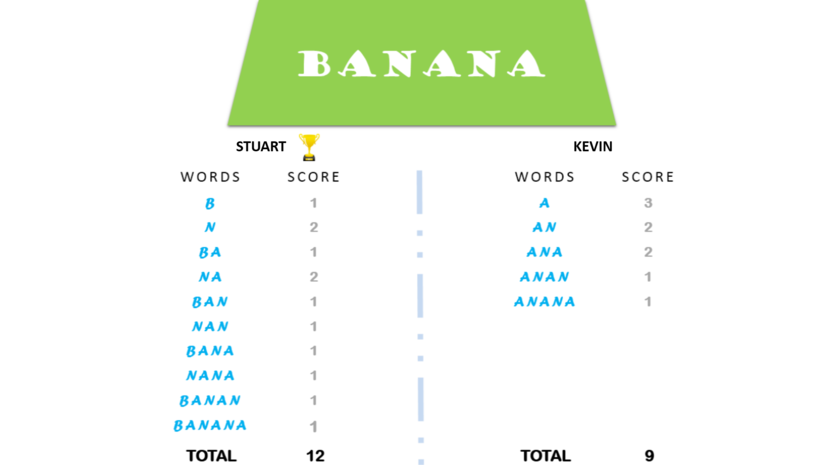 Your task is to determine the winner of the game and their score.

Complete the minion_game in the editor below.

minion_game has the following parameters:

A single line of input containing the string .
Note: The string will contain only uppercase letters: .

Note :
Vowels are only defined as . In this problem, is not considered a vowel.