Nim is a famous two-player algorithm game with the following basic rules:

Alice and Bob decided to add the following special move before starting a game of Nim:

For example, If Alice selects and , the set of piles of the diagram above would look like this:

After Alice makes the special move, Bob starts a game of Nim as its first player. They both play optimally, meaning they will not make a move that causes them to lose the game if some better, winning move exists.

There are two lines of input:

Print the number of ways Alice can select and to ensure she wins the game.

Alice can remove piles in the following six ways: 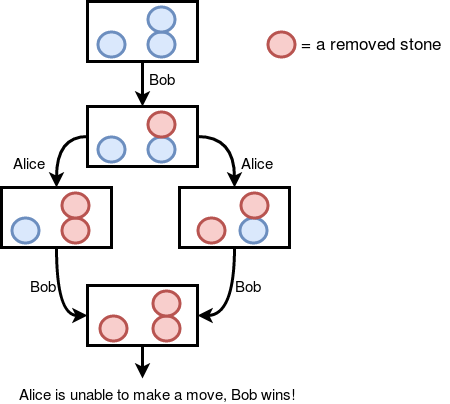 Because there are two ways for Alice to win the game, we print as our answer.